U19 Girls Rec Soccer is run under the High School Girls House Soccer League (HSGHSL). The HSGHSL is a cooperatively run league among local area clubs. SYC, BAC, BRYC, and VYS teams currently participate in this league each season. The purpose of HSGHSL is to provide an opportunity for high-school-aged girls (U19) on house recreational teams to play soccer in competition against teams of similar composition.

Both coaches (win, lose or tie) should email scores to all League Directors and  the scheduler as soon as they can after the game. (Scores are posted as they are received). Names of girls who score or assist -- along with top defenders (coach's nomination: 1 point for outstanding defense, 2 points for a super, super job) -- can be sent either with the score or later. (Individual Stats are generally updated on Mondays or Tuesdays.)

Fill out the evaluation form, save it to pdf, and email to Mac, Dan,  and Jim (AND your club referee coordinator). 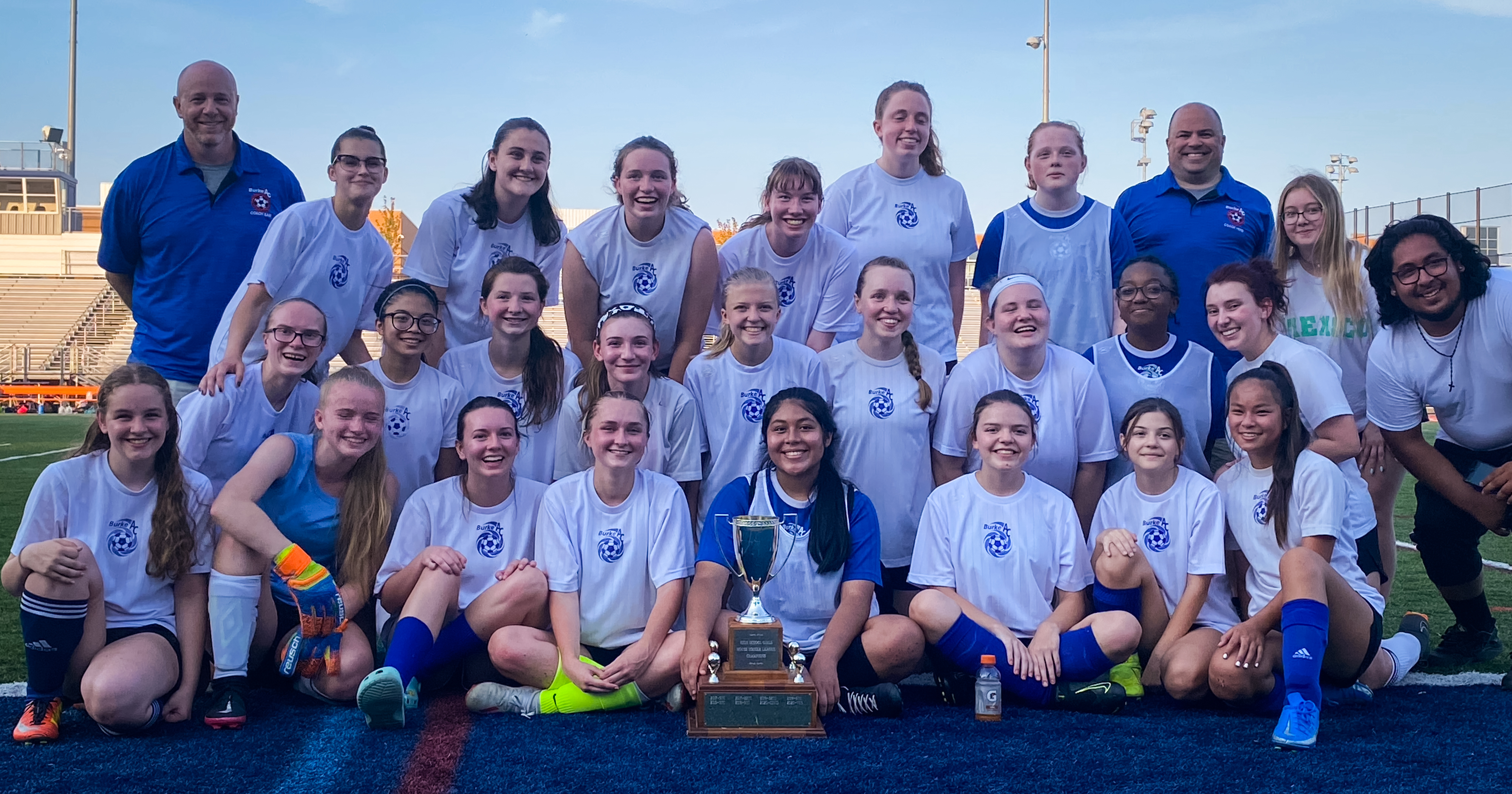 Burke Athletic Club’s Girls U19 team left the SFL to join the HSGHSL in the spring of 2021 to find increased competition from local peers and the league did not disappoint.    After a challenging season, it wasn’t until they secured a win in the final game that they earned a berth as the 4th seed in the Gold Flight games with a 5-3-1 record; teaching the team that nothing comes easy, and you have to bring your best to the pitch every time if you hope to win.

On a blistering hot weekend, they met up with the top seed VYS Page in a semi-final match, with Page  quickly jumping out to an early lead with a beautifully executed cross and back post finish.   BAC was then able to equalize with a shot up into the corner of the net by Rachel T. to close out the first half.  The second half was a defensive battle with both goalies making numerous saves, including BAC’s keeper, Jackie B., who dove into traffic several times to end great VYS runs.   It wasn’t until the 80th minute when BAC got the go-ahead goal by Meriweather J. off an assist from Taylor H. and was able to hold on to advance.

Sunday’s championship match up was against VYS Meginley, who as the third seed had upset #2 VYS Leach in the other semi-final match 2-1 in OT to reach the Championship Game.  The two underdogs faced each other on a hot night as the sun began to set and both played hard, with VYS’s excellent passing keeping them on the attack, while BAC’s deep runs to the corners kept the game in balance.   In the end, the defenses won out stopping everything each offense threw at them for the full duration, including two overtime periods, leading to penalty kicks for a decision.

In Penalty Kicks, BAC was led by their senior captain, Angelica M-R., who snuck the first shot past VYS’ keeper’s hands to begin a four-goal streak of Meriweather J, Katya T., and Taylor H. all finding the net.  VYS started with two great shots into the side panel before BAC’s keeper, Jackie B., punched the third PK clear.   When their last shot struck cross bar iron, BAC was able to celebrate their first HSGHSL Championship in the inaugural season for this BAC team.  BAC has participated in the HSGHSL twice in the past, but without the same success.

In the Silver Flight VYS Carbajal avenged their regular season loss to SYC Bishop 1-0, but then was defeated by SYC Miller 2-1.

In the Bronze Flight SYC Klunder defeated SYC Pierce 2-0 and then avenged a regular season loss to BRYC Alcorn with a 3-2 win.

All teams are already looking forward to the fall season which is just a few months away.

(standings determined by points for Spring 2021)

All scheduling changes need prior approval from either Mac, Dan, or Jim.